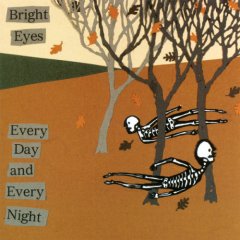 A Line Allows Progress, A Circle Does Not
A Perfect Sonnet
On My Way to Work
A New Arrangement
Neely O'Hara

A Line Allows Progress, A Circle Does Not

Sitting around, no work today
Try pacing to keep awake
Laying around, no school today
Just drink until the clock has circled all the way
It's late afternoon as you walk through the rooms
Of a house that is quiet, except for unanswered telephones
You stand near the sink while you're mixing a drink
You think you don't want to pass out
Where your roommates will find you again
Stumble around the neighborhood with nothing to do
You're always looking for something to sniff, smoke, or swallow
Calling over next door to see what they've got
You would settle for anything that would make your brain slow down or stop
Break this circle of thoughts you chase
Before they catch back up with you
Your parents noticied your thinning face
All the weight you lost, all the weight you're losing
You said, "I'm done feeling like a skeleton, no more sleep walking dead"
You're gonna wake from this coma
You're gonna crawl from this bed you have made
And stop counting on that camera that hangs round your neck
Because you will never remember what you choose to forget
As you try to find some source of light
Try to name one thing you like
You used to have such a longer list
And light, you never had to look for it
But now it's so easy, it's so easy to second guess everything you do
Until all you want is to finish this half-empty glass
Before the ice all melts away
This feeling always used to pass
But it seems like it's every day
Seems like it's every night now

Lately I've been wishing I had one desire
Something that would make me never want another
Something that would make it so that nothing matters
All would be clear then
But I guess I'll have to settle for a few brief moments
And watch it all dissolve into a single second
And try to write it down into a perfect sonnet
Or one foolish line
'Cause that's all that you'll get, so you'll have to accept
You are here, then you're gone
But I believe that lovers should be tied together
Thrown into the ocean in the worst of weather
Left there to drown, left there to drown in their innocence
But as for me I'm coming to the final chapter
I read all of the pages and there's still no answer
Only all that was before I know must soon come after
That's the only way it can be
So I stand in the sun, and I breathe with my lungs
I'm trying to spare me the weight of the truth
Saying everything you've ever seen was just a mirror
You've spent your whole life sweating in an endless fever
And laying in a bathtub full of freezing water
Wishing you were a ghost
But once you knew a girl and you named her Lover
Danced with her in kitchens through the greenest summer
Autumn came, she disappeared, you can't remember
Where she said she was going to
But you know that she's gone 'cause she left you a song
That you don't want to sing
We're singing, I believe that lovers should be chained together
Thrown into a fire with their songs and letters
And left there to burn in their arrogance
But as for me I'm coming to my final failure
I've killed myself with changes trying to make things better
Ended up becoming something other than what I had planned to be
All right
I believe that lovers should be draped in flowers
And laid entwined together on a bed of clover
And left there to sleep
Left there to dream of their happiness

On My Way to Work

There's a car parked where the block begins
And there are people singing praises
Say it's all because of him
And there's a bird perched on a frayed wet wire
And his voice sings out for a lover
But it's covered by the choir
Of voices reaching way beyond the rafters
With devotion they perform these sacred tasks
They cross themselves and offer up their checkbooks
Say that suffering is not too much to ask
Besides, we all are making money
And we're all fucking alone
And we don't know what we're doing
Maybe just buying us some hope
Because we know that we are lonely
Yeah, lonely that's for sure
And the older ones are coughing
Yeah, the older ones are dying
Maybe we're all dying
I pass a graveyard on my way to work
Today I saw two dozen white roses on a fresh new mound of dirt
And I wondered about the occupant
When the darkness finally swallowed him, was he calm and content?
Or was he sweating in a struggle to keep breathing
Ripping apart the sheets that dressed his bed
Crying out loud for someone to help him
And collapsing on his back all pale and dead
Maybe it's me who's this unstable
Always obsessed about the end
Why can't I let what happens happen, and just enjoy the time I spend?
Oh, how I wish it was that easy
But when there is no point to anything
It can get a bit confusing
why it is that I keep going
Why is it that we keep going?