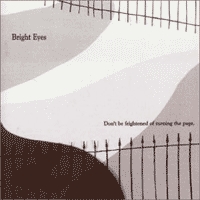 Going for the Gold
Oh, You Are the Roots That Sleep Beneath My Feet
I Won't Ever Be Happy Again
No Lies, Just Love
Kathy With a K's Song
Mirrors and Fevers

Oh, You Are the Roots That Sleep Beneath My Feet

Kathy With a K's Song

I was cold in a dream, somewhere close to the surface
Between the ice and the stream there is three inches of air
So I swam towards the light
I let my breath get there first
When I opened my eyes I saw myself in the mirror
And I know I would do like my father has done
Yes, we will never break from these chains
You see, your life is gonna course like a history book
Don't be frightened of turning the page
It is all the same
It will always be the same