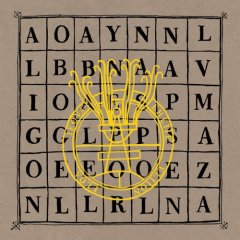 Your class, your caste, your country, sect, your name or your tribe
There's people always dying trying to keep them alive
There are bodies decomposing in containers tonight
In an abandoned building where

The Bible's blind, the Torah's deaf, the Qu'ran's mute
If you burn them all together you get close to the truth still
They are pouring over sanskrit on the ivy league moons
While shadows lengthen in the sun

Cast on a school of meditation built to soften the times
And hold us at the center while the spiral unwinds
It's knocking over fences, crossing property lines
Four winds, cry until it comes

And I was off to old Dakota where a genocide sleeps
In the black hills, the bad lands, the calloused east
I buried my ballast, I made my peace
Heard four winds leveling the pines

Now ghosts, they have their secrets
And they'll tell them to a few
So you could never pay attention
When they're whispering to you
There were many talents you possessed
That I wished myself to have
But the way your eyes would gloss over
Well, I never envied that
And I doubt you'll ever come back now
From wherever it is you are
Because you never understood
What we loved you for

Come on in, my weary friend
The welcome here is endless

These fears of yours, like painted whores
They will not stay the night
If all your life you've done what's right
Dont say you felt obliged

Come on along, is your timid tongue
Too shy to tell your story?
This pain in you so far removed
From anything youve known
So I wont condone another moan
When everything is fine

So when in drought, learn to dance
And pray the dead would return

Somewhere along the way
Well, I was led astray
By a wolf in no one's clothing
It was a brilliant disguise

I've already laid in the flames

Brother, be afraid of the flames

There's a skinny dog
In a dirty parking lot
And he doesn't bite
But he begs
And he knows what's true
So if you are, he'll follow you
If you're headed home
All the way
So we let him finish
Every dinner plate
And we watched his tail say thanks, thanks, thanks
And we tried to name him
But he ran away
Once he knew his freedom was at stake

This same old shit
So it's how you deal with it
It's the glove that fits
That you wear
So when the wind blows strong
I put a few more layers on
And I tell myself
I don't care
I might make a phone call
To a better man
To ask the questions that I have, have, have
Like how do I get started
And where's it going to end?
Why should I treat a traitor like a friend?

I listened to a lecture of nonsense until dawn
By a plagiary poet with dark glasses on
He said, "How did you ever dream up that song
The one where the baby dies?"

I said, "I'll tell you the secret, which one's your good ear?
Yeah, people are made up of water and fear
If there weren't women present we wouldn't be here
So let's make like we're friends"

And the pot turned to powder and soured the mood
And the people I'd come with were gone from the room
So I asked like a child, "May I be excused?"
And disobeyed them all

Into that late-night latrine, rain soaking through my shoes
I tried walking backwards to get less confused
Working off the theory I could never prove
That it was life itself to blame

And time ruined the world
Like a failed revolution
A tumor we could not remove
An old friend, a constant, the blues

Now my days are distractions, sit wringing my hands
Solitaire, crosswords and films on demand
When you turn from a cartoon back into a man
You start to smell that human smell

And I felt something changing the world
Like a new constitution
A thief I would have to pursue
At all times, at all costs, the truth

They say my name like a guessing game
"Is that really you?"
No, I dont think it ever was

In the spring
When the world's turning green
I only think about the fall
The frets on the board
My progression of chords
Oh, how I want this to resolve