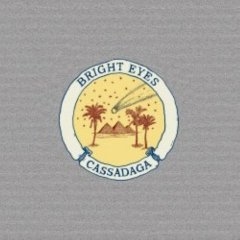 Clairaudients (Kill or Be Killed)

Corporate or Colonial
The Movement is unstoppable
Like the body of a centerfold it spreads
To the counter-culture copyright
Get your revolution at a lower price
Or make believe and throw the fight, play dead
It's exploding bags, aerosol cans
Southbound buses, Peter Pan
They left it up to us again
I thought you knew the drill
It's kill or be killed

Future Markets, Holy Wars
Been tried ten thousand times before
If you think that God is keeping score, Hooray!
For the freedom-fighting simulcast (Victory! A defeat! Victory!)
The imminent and the aftermath
Draw another bloody bath to drain
Like the polar icecaps centrifuge (Oh Allah! Oh Jesus please!)
First snowman built at the end of June
He slicks his hair for the interview, his fifteen-minute fame
Would you agree times have changed?

Your class, your caste, your country, sect, your name or your tribe
There's people always dying trying to keep them alive
His body's decomposing in containers tonight
In an abandoned building where

The Bible's blind, the Torah's deaf, the Qu'ran's mute
If you burn them all together you get close to the truth still
They are pouring over sanskrit on the ivy league moons
While shadows lengthen the sun

Cast off the schools of meditation built to soften the times
And hold us at the center while the spiral unwinds
It's knocking over fences, crossing property lines
Four winds, cry until it comes

And I was off to old Dakota where a genocide sleeps
In the black hills, the bad lands, the calloused east
I buried my ballast, I made my peace
With four winds, levelling the pines

If the Brakeman Turns My Way

Got a cricket for a conscience always looks the other way
A cocaine soul starts seeming like an empty cabaret
Hey, where have all the dancers gone? Now the music doesn't play
Tried to listen to the river but you couldn't shut your mouth
Better take a little time to level out

I never thought of running
My feet just led the way

Are your brothels full, Oh Babylon, with merry Middlemen?
Never peer out of their periscopes from those deep opium dens
All this death must need a counterweight always someone born again
First a mother bathes her child then the other way around
The Scales always find a way to level out

The Wife forgave the Mistress for she only entertained
The pain was gone the instant she cleared her throat to speak her name
Said, "Both of us must suffer from the same unending ache"

The world was not of interest though her days were never dull
Her bed beneath a crucifix on guests performing miracles
With the Son of God just hanging like a common criminal
When I do wrong I am with God, she thought
When I feel lost I am not at all

She went to see a Mystic who made medicine from rain
And gave up her existence to feel everything, dream others' dreams
Bid farewell to her family with one ecstatic wave (Please take care I love you all)
Out the window as the car rolled away
She just vanished into a thick mist of change

So let us rejoice (Let's Rejoice!)
In all this Pink Noise (Out Pink Noise!)
An oscillation that we can pin point (We're right here!)

Make a Plan To Love Me

You said you had your foot in the door
You buy and you sell, you buy some more
Make a plan to love me sometime soon

And make a plan to love me sometime soon

When you are young the world is a Ferris Wheer
I know we will grow old it is lovely, still
Make a plan to love me sometime soon

Will you make a plan to love me?

Soul Singer in a Session Band

She was a real royal lady, true patron of the arts
She said the best country singers die in the back of classic cars
So if I ever got too hungry for a suitcase or guitar
To think of them all alone in the dark
So I laid some nights beside her in a bed made for a queen
She said I kissed her different, that all the men her age were mean
Gave me anything I wanted, Oh the generosity
I took all that I could, it was free
Now the sky is a torn up denim and the clouds are just splattered paint
It's a room I'm renovating; it's a name I got to change
If I get out of California I'm going back to my home state
To tell them all that I made a mistake

The whole world it loves you if you are a chic chameleon
Intersecting circles she could hang with anyone
But when conducting business she would lie about where she's from
Saying, "Life is how it is not how it was"
I learned to listen felt like I was back at school
She'd talk forever about the phases of the moon
Saying, "Everything is a cycle, you've got to let it come to you
And when it does, you will know what to do"
Without even knowing I guess I took her advice
Painted her front door it seemed a suitable goodbye
It's not that often but I think of her sometimes
Just something quaint, a couple ships in the night

I traveled though the atmosphere as a wall of feedback climbed
The pegs were gold, the band was old, they played in half time
Now every dream gets whittled down just like every fool gets wise
You will never reap of any seed deprived of sunlight

So I have become the Middleman
The gray areas are mine
The in-between, the absentee
Is a beautiful disguise

So I keep my footlights shining bright just like I keep my exits wide
'Cause I never know when it's time to go, it's too crowded now inside
The dead can hide beneath the ground and the birds can always fly
But the rest of us do what we must in constant compromise

So I have become the Middleman
The gray areas are fine
The "I don't know," the "maybe so"
Is the only real reply
It is the only true reply

Hear the chimes, did you know that the wind when it blows
It is older than Rome and all of this sorrow
See the new pyramids down in old Manhattan
From the roof of a friend's I watched an empire ending
Heard it loud and long the river's Om
Time marching on to a madman's drum

Don't forget what you've learned all you give is returned
And if life seems absurd what you need is some laughter
And a season to sleep and a place to get clean
Maybe Los Angeles, somewhere no one is expecting
On a detox loft through a Glendale Park over sidewalk chalk
Someone wrote in red, "start over"
So I muffled my scream on an Oxnard beach
Full of fever dreams that scare you sober
Into saltless dinners

Take the fruit from the tree, break the skin with your teeth
Is it bitter or sweet? All depends on your timing
Like a meeting of chance with the train station glance
Many lifetimes had past in a instant reminded
Of a millstone house in a seaside town
When your heart gave out in a mission bed
So your wife gave birth to a funeral dirge
You woke up purged as a wailing infant
In Krug Thep, Thailand

Hear the chimes, did you know that the wind when it blows
It is older than Rome and our joy and our sorrow

No One Would Riot for Less

Death may come, invisible
Or in a holy wall of fire
In the breath between the markers
On some black I-80 mile

So love me now
Hell is coming
Could you do it now?
Hell is here

Little soldier, little insect
You know war, it has no heart
It will kill you in the sunshine
Or just as happily in the dark

Well, kindness is a card game
Or a bent-up cigarette
In the trenches, in the hard rain
With the bullet and the bit

Wake, baby, wake
Leave that blanket around you
There's no where we're safe

I'm leaving this place
But there's nothing
I'm planning to take

Shrill as a choir of children
Urgent like the first day of May
False and inflatable feeling
Tugs at my senses, big as the Macy's Parade
One brick on top of another
Such is the measure of man
Planets are inset like diamonds
On a gravity halo, eternity's wedding band
I slept with that dealer all summer
The ecstasy is still in my spine
Coat Check I couldn't remember
Walked into the winter, came out on the other side

Stuck on a ladder to heaven
On trial way back in The Hague
Lullaby sounds from the engine
In my Styrofoam coffin, asleep on the interstate
Black globes, old symbols of freedom
A murderer still on the lam
Cities encircled in iron
On a great silver beltway, democracy's shackled hands
Seance that brought us together
Objects we move with our minds
Coat Check and I lost the number
Short sleeves in the winter, fell back through the other side

I Must Belong Somewhere

In truth the forest hears each sound
Each blade of grass as it lies down
The world requires no audience
No witnesses, no witnesses

I keep floating down the river but the ocean never comes
Since the operation I heard you're breathing just for one
Now everything is imaginary, especially what you love
You left another message said it's done,
It's done

When I hear beautiful music it's always from another time
Old friends I never visit, I remember what they're like
Standing on a doorstep full of nervous butterflies
Waiting to be asked to come inside
Just come inside

But I keep going out
I can't sleep next to a stranger when I'm coming down
It's 8 a.m. my heart is beating too loud
Too loud
Don't be so amazing or I'll miss you too much
I felt something that I had never touched

It comes to me in fragments, even those still split in two
Under the leaves of that old Lime Tree I stood examining the fruit
Some were ripe and some were rotten, I felt nauseous with the truth
There will never be a time more opportune

So I just won't be late
The window closes, shock rolls over in a tidal wave
And all the color drains out of the frame
So pleased with a daydream that now living is no good
I took off my shoes and walked into the woods
I felt lost and found with every step I took